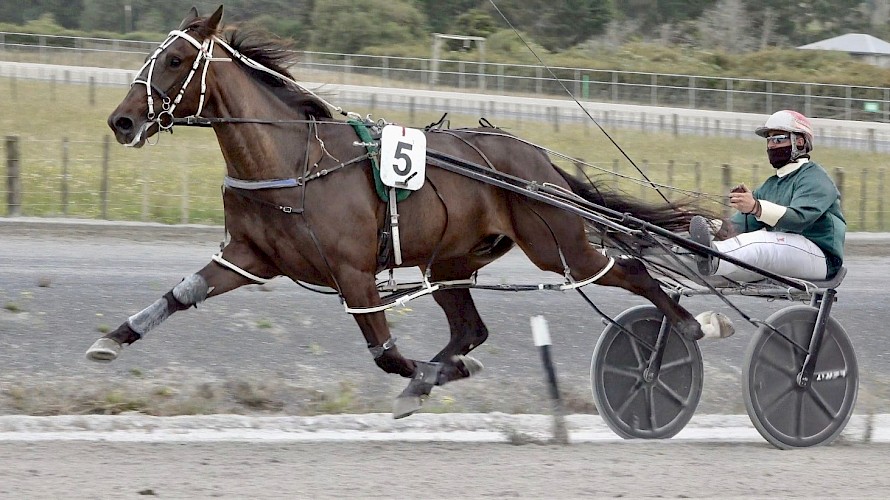 Man Of Action pacing strongly in front for Zachary Butcher at the Pukekohe trials last Saturday.

It should be straight to the front and see ya’ later for Man Of Action when he resumes at Cambridge on Friday night.

Drawn two in the second race, driver Zachary Butcher should have no trouble leading and dictating on the half brother to Make Way, judging by the way he’s dispatched his rivals in his last two trials and a workout at Pukekohe.

And trainer Ray Green says gear changes he’s made to the three-year-old should stop any late indiscretions from blotting his run on Friday.

Despite winning his last two trials, Man Of Action has put in short gallops 200 metres from home, before recovering to win.

But Green believes he’s had the horse’s hopples a little long.

“We’ve pulled them up a hole and and also pulled up his overcheck which should steady him up.

“On paper he looks the winner. He’s a lot stronger now than the last time he raced. He’s always had the ability but just couldn’t finish it off.”

Man Of Action last raced at Auckland in July when he led and was collared 100 metres out, and he was also close up in his three previous starts at Alexandra Park when he racked up a second and two thirds in stronger fields than he meets at Cambridge.

His biggest threat on Friday night looks to be Tony Herlihy’s Delightful Catherine, who dragged a punctured tyre after an early check last start and was held up badly turning for home in her previous start. 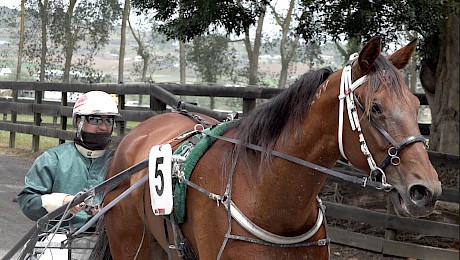 Classic Reactor had a rough introduction to northern racing early last month when he had to work wide and hard to find the death seat at Auckland, and weakened in the stretch, eventually pacing roughly and breaking 50 metres out.

“He wasn’t 100 percent sound then but we’ve done a lot of work in that department and think we’ve rectified that.

“There are a few handy ones in there like Steve Telfer’s Parker and Ivana Flybye, but he’s got a bit of speed.

“I don’t want to send him though. I want to see him get round safely without doing anything wrong.

“He does get a knee that way round. I think he goes better right-handed which is the way he’s been trialling.

“But I’ll put a spreader on him on Friday which will help.”