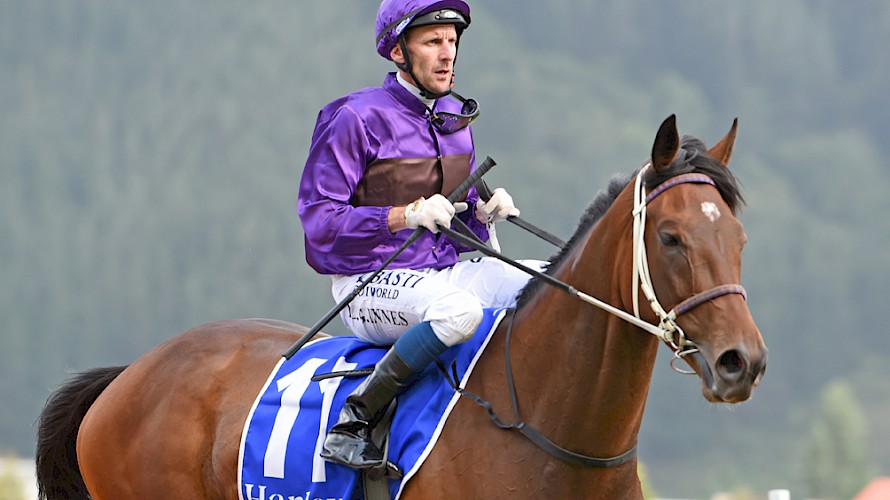 Trainer Lisa Latta is hoping for a strong tempo in Saturday’s star-studded Waikato Guineas to help bring Platinum Road into the action.

The derby bound galloper is a $61 outsider for the 2000 metre contest and faces a small but outstanding line-up which includes NZ Derby favourite Dragon Leap and two of the country’s leading fillies in Travelling Light and Two Illicit.

And while Platinum Road has proven he is a promising stayer and only two of his rivals have scored at 2000 metres, Latta worries that with only seven runners the race might turn into a stop-start affair.

In Platinum Road’s favour is that the two Andrew Campbell-trained runners Peloton and Pimlico like to lead and Lauren Brennan’s Sword Of Freedom also likes to go forward, leaving open the possibility of a good tempo.

“He’s obviously suited to more than 2000 metres but we know he sees out the trip, whereas some of the others are unproven at the distance.

“He doesn’t pull, does everything right, and has a nice draw (three) so hopefully he won’t get too far out of his ground.

“It’s a very tough field but you’d like to see him be a bit competitive.”

Latta opted to run at Te Rapa rather than wait for the Avondale Guineas next weekend, keen not to tire the horse with two trips to Auckland in two weeks, with the $1 million New Zealand Derby on February 29.

It’s a schedule which she believes took its toll on her derby runner last year, Platinum Invador, who was an unlucky and late-dashing third after being late clear.

Platinum Road hasn’t put as many runs on the board as Platinum Invador yet but in his last three starts has shown he has a future over ground.

After powering home over 1600 metres to win at Trentham he ran a fine third over 2100 metres in his first look at Ellerslie on New Year’s Day then, last start, finished strongly for fourth over 2200 metres at Trentham.

Te Rapa’s renowned on-pace bias will be against his running style so Latta knows he could finish last and still please her from a derby point of view.