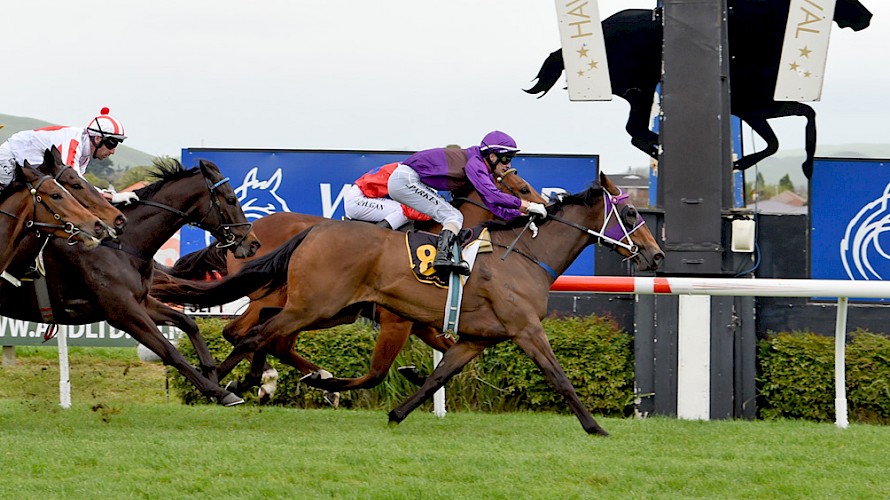 Princess Amelie’s great fresh-up record will be put to the test at Hastings on Saturday when she meets a strong field of sprinters.

So talented is the line-up, the Snitzel mare has opened only the seventh favourite at $11, despite the fact she is unbeaten when opening her spring campaigns in the last two years.

In 2018, at this meeting, Princess Amelie came off a six month break to beat King Louis and Star Performance over 1200 metres.

Last year she also struck first-up, this time in heavy ground at Wanganui.

And while the mare has come up extra well again for trainer Lisa Latta, she says the track conditions will decide her fate on Saturday.

Princess Amelie has a tidy strike rate of five wins from only 15 starts but two of those have been in heavy ground and the other three on dead footing.

Since she ran a debut second on good 3 footing she has failed in all three attempts on top of the ground - and those are the conditions looking likely this weekend.

The Hastings track was upgraded to a good 3 this morning, Latta noting strong drying winds in the area.

While there’s only 3ml of rain in the forecast for Friday, and none for Saturday, Latta says even that small amount can help the mare.

And from seven at the gate, Latta says Princess Amelie has the speed to put herself into the race, Jonathan Riddell having the strength to make the lazy mare respond.

“Her trial and jumpout form leading into this has been very nice and she galloped well on Tuesday morning.

“That was her final gallop as I am happy with where she is at. She will do only quiet work for the rest of the week.”

Princess Amelie looked ready to return in her trial at Otaki on August 11, a well held second behind top performer Shadows Cast. 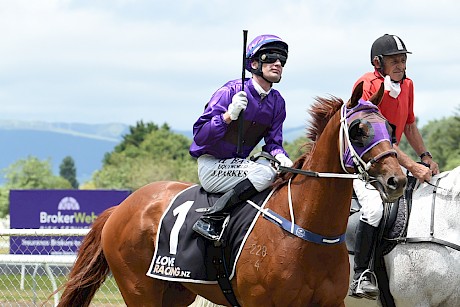 Lincoln Hills … has the coveted inside draw on Saturday. PHOTO: Race Images.Lincoln Hills could be the next best chance of Lincoln Farms’ four runners at Hastings, even though he strikes another field chock full of chances in the fourth race.

Also coming in off a six month break, the six-year-old has the big advantage of having drawn the inside gate.

“He should get a nice cosy run from that draw,” says Latta. “And we know how important that is at Hastings.”

Latta downplays the horse’s poor record on the track - he has managed only one placing in 10 starts - pointing out that he has drawn wide more often than not and been forced to go back, a certain recipe for failure at Hastings.

But, like Princess Amelie, Lincoln Hills likes the fire out of the track, having scored three wins on dead footing and one in heavy ground.

Latta says the horse’s recent work has been very good and with talented apprentice Hazel Schofer aboard, she will bring his weight down 3kg to 57.5kg.

“It looks an even field without a standout.”

Latta says she won’t be decrying maiden Lincoln’s Kruz if he cannot make the money in the fifth race because the field is so strong, with plenty of winners and in-form runners.

“If he ran fourth or fifth in that field you’d be really happy.”

While talented, Lincoln’s Kruz will find it tough from eight at the barrier especially since “he’s not quite there in the coat yet.”

“But we’ve been looking for a better track for him, which we are going to get on Saturday, so at least we will get a decent line on him.

“I have added side winkers to his gear as he trialled in these last week and seemed to take gaps more willingly.”

“This is his first run for a while, and he is still carrying a touch more condition than I would like, and that’s why I gave him another decent gallop this morning which will hopefully tighten him up some more.

“There’s a bit of form in the field but at least from gate five he can sit in the first half of the field. I just want to see him getting home well as we know 1600 metres is more up his alley.”