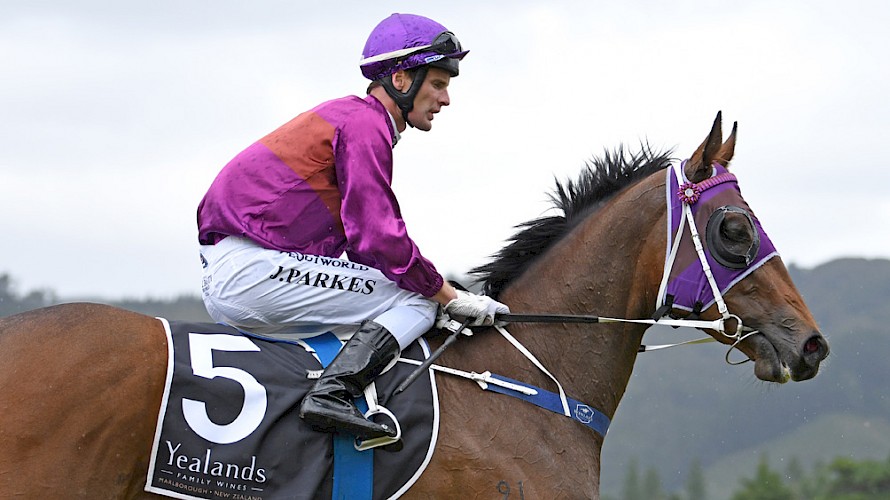 Princess Amelie steps into largely unchartered waters at Awapuni on Saturday but trainer Lisa Latta believes she will cope with the step up to 1400 metres.

Only two of the mare’s 19 starts have been over further than 1200 metres and on each occasion she was caught wide when last in the Mufhasa Stakes at Ellerslie (1300m) and 10th in the Hawkes Bay Guineas (1400m).

And while she will carry top weight of 58kg in the third race, even after Hazel Schofer’s 2kg claim, Latta says from her good draw of two the mare will get every chance to run the distance.

“We’ve kept her to 1200 metres until now thinking that by the sprinting sire Snitzel it would be her best distance. But I think 1400 will help her a lot by not putting her under so much pressure. And if she can get 1400 and a mile she will have a lot more options.”

Latta has also reinstated the mare’s blinkers, not noting any improvement when removing them at her last start.

“She looks great and if she is back to her best she’s well up to this.”

The one factor out of Latta’s control is the track condition - while fourth last time at Trentham, Princess Amelie wasn’t totally at home in the slow 7 ground.

“The track that day did trip a few. We’re getting a bit of drizzle here now and there are showers forecast for Boxing day so hopefully we will get a dead track.”

The track rating this morning was a dead 5 after 10mm of irrigation overnight. 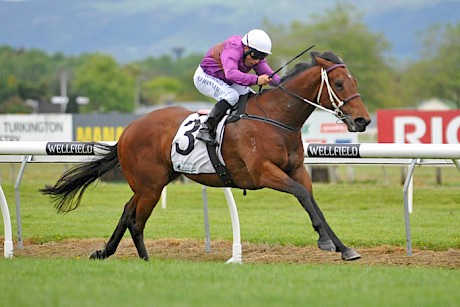 Father Lenihan … goes best on off tracks. PHOTO: Peter Rubery/Race Images.Father Lenihan, too, wants an off track for the eighth race where he takes on some talented rivals in the Summer Cup (1550m).

The horse finished a bold third last time, under apprentice Temyia Taiaroa, despite getting too far back in the running and being crowded against the rails 100 metres from home.

Latta believes Father Lenihan would have been much more potent from the trail and has a senior rider in Leah Hemi on this time to help get him closer in the running.

With no apprentice claim, however, Father Lenihan carries 54kg and meets the two who beat him last time on worse terms - Pep Talk by 5kg and Beefeater by 1kg.

Father Lenihan really pleased Latta with his Tuesday trackwork, galloping 800 metres with Wild Moose in 51.5, the last 600 in 38.1.

Lincoln Hanover will be looking for a change of luck in the fifth race after his home stretch bid was snuffed out last time when snookered against the fence.

No matter what apprentice rider Sam O’Malley tried, Lincoln Hanover could not get clear air until too late and finished 11th, untested.

“At least from his 12 draw there shouldn’t be any hard luck stories as he has the gate speed to get handy straight away.

“He is well in himself and I haven’t had to do too much with him since he raced. Jonathan Riddell will ride him this time.”