Trainer Ray Green might have had to chip the ice off his car windscreen this morning but the cold snap in Christchurch isn’t bothering his two charges Copy That and Platinum Stride.

In Canterbury primarily for the $200,000 New Zealand Derby on April 3, Green reports both horses have been eating and drinking well since their arrival last Sunday.

“Platinum Stride was a little insecure to start with - it was his first plane ride and he’s in a strange place, but after being a little stressed out he’s handling it well now.

“And Copy That is in really good nick. He handled his trip down for the Sires’ Stakes last November like an old hand and he’s just as chilled this time.

“I trained him a bit yesterday, nothing serious, but he felt pretty sharp and he looks nice and healthy.” 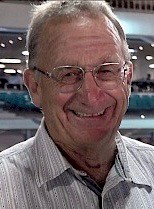 Ray Green … “these races aren’t their main missions.”Green isn’t too worried about how the pair will go on Friday night at Addington where they’ve both drawn badly in what amounts only to pipe-openers.

Copy That drew eight on the front line in the Vero Flying Stakes, with his arch rival One Change uncannily spotted again in pole position. And Platinum Stride is just as badly off in seven, two from the outside, in the Sires’ Stakes heat with All Stars’ runners in one, two and three, and favourite Krug drawn to get a sweet trip from one on the second row.

“They’ve got bad draws but these aren’t their main missions,” said Green who is aiming at the derby with Copy That and $50,000 Welcome Stakes with Platinum Stride.

“I anticipate Copy That will go a solid race, as he usually does.”

Green says new driver Blair Orange is already familiar with Copy That having driven him to an unlucky sixth in the cup day trial last November.

Orange would discover a much more professional pacer now, one who has not been out of the money in his last 12 starts.

Copy That is coming off the back of his unlucky run for second in the Northern Derby at Alexandra Park when he was the victim of a Natalie Rasmussen pushout then got held up behind tiring pacemaker Tommy Lincoln turning for home.

Platinum Stride’s last run was his best, when he was snookered four back on the pegs in the Young Guns Final but whistled up the passing lane late for third to favourites Krug and It’s All About Faith.

Platinum Stride (Maurice McKendry) roars home late for third in the Young Guns Final after being trapped on the markers.