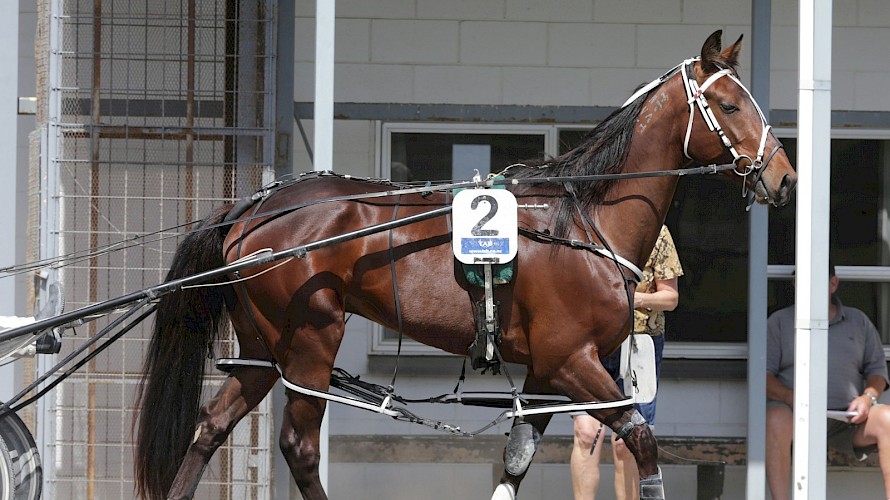 Lincoln Farms’ best chance of winning when the Interdominion Championships open at Auckland on Friday night comes in the second race - but don’t try to pin down trainer Ray Green on whether he favours Hampton Banner or Tommy Lincoln.

Rookie Hampton Banner has drawn to get a sweet trip and showed he had the speed to capitalise on the ace draw at the workouts last Saturday.

But Tommy Lincoln has shown he can run time, do work and still be in it, so his outside front row draw is of little consequence.

“They’ll both go well,” says Green. “Hampton Banner has never gone a bad race and you’d have to say he’s going to get a handy trip.”

Green labelled Hampton Banner as the stable’s surprise package after won in very fast time at Pukekohe last Saturday, showing high gate speed and a tidy late sprint to finish over the top of race rival Be My Rock in a 1:59.5 mile rate for the 2050 meres.

It showed he had continued to improve since a solid three peg seventh at Auckland last time.

With Mimi E Coco an early scratching, Hampton Banner will leave the gate from the pole position and in driver Zachary Butcher’s words he left the gate at the weekend “like he had a bee sting in his arse.” 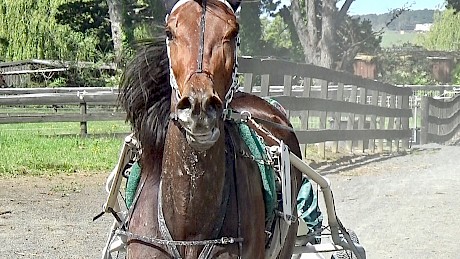 Tommy Lincoln after pacing better with a guider last Saturday.Green, however, reminds punters that Tommy Lincoln is far better than he showed last time when he beat only one home at Alexandra Park, a glitch which he says should be completely forgotten.

Tommy Lincoln paced terribly that night even before he locked stays with Russley Rush and was taken right back from the parked position to the tail by the time he became untangled.

Green has since treated the horse for a lameness issue and he paced much better at the workouts wearing a guider rather than spreaders.

“He seems much better now,” says Green. “It wouldn’t surprise me at all if he bounced right back. He’s definitely capable of pulling it off.”

Green points to the horse’s run two starts back when he clocked a sizzling 2:39.7 for 2200 metres, run down only late by the trailing Sole Ambition. 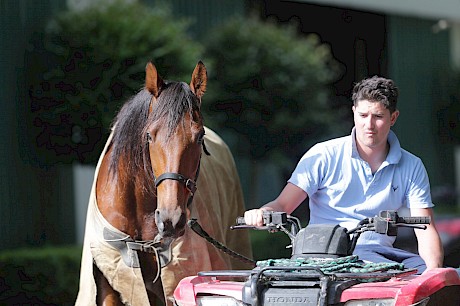 Andrew Drake with Ace Commander. PHOTO: Trish Dunell.Green has snared the services of leading driver Blair Orange for Ace Commander in the third race and reports the six-year-old to be in good shape.

“He’s trained well this week and while he might need another one he should strike form soon.”

Ace Commander pleased Green with how he performed first-up for more than five months, a sharp beginning from his 20 metre handicap seeing him end up parked for the final 2100 metres.

The horse weakened only in the final 200 metres and driver David Butcher did not knock him around to finish 6.2 lengths from winner Puma Road.

His standing start manners should again see him right in contention, a good weapon against 40 metre marker Tickle Me Pink, who looked well in need of a hitout at the workouts last weekend when second to Heavyweight Hero.

Lincoln Farms’ final runner for the night, Double Or Nothing, in the ninth race, has drawn slightly awkwardly in five and meets two nice types in Henry Hu (gate one) and southerner Gliding Away (gate eight).

But while he was no match for Henry Hu in his workout last Saturday finishing nearly five lengths astern, Double Or Nothing is still improving, says Green.

“He’s not overshadowed at all by those others.”

That fourth beside Double Or Nothing’s name hides a fine performance as he was left three wide with no cover for the last 800 metres when trying to improve from the tail and recorded the second fastest last split of 56.9.

He was still fighting bravely in third place at the 100 metre mark before being swamped late.