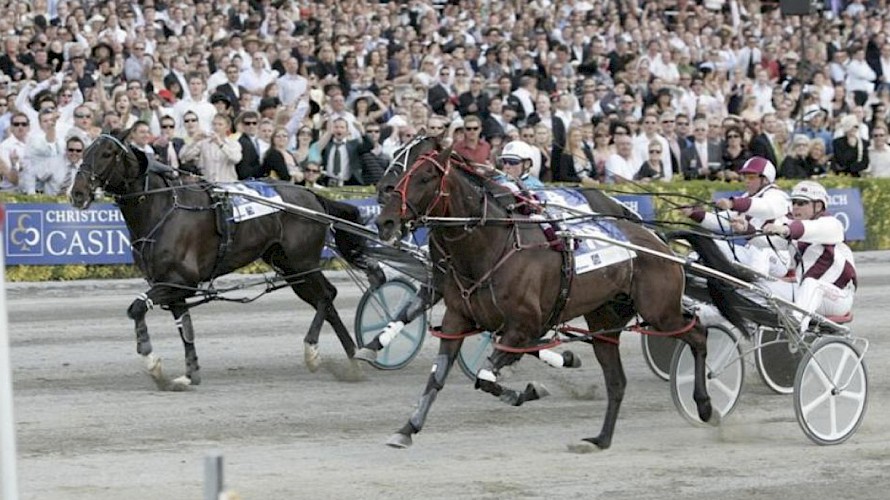 Northview Hustler is likely to debut in the Flashing Red, a race named after the dual NZ Cup winner, pictured here scoring in 2007.

Trainer Al Barnes is set to throw Northview Hustler in the deep end for his Queensland debut and tackle a feature race he’s always wanted to win.

Hustler had his first fast work today since arriving in Queensland and pleased Barnes, who has his sights on the A$22,000 Flashing Red, a discretionary handicap over 2600 metres from a stand on Saturday week.

“We’re just getting to know him but, so long as his fitness levels are where we want, it looks a good race for him.

“Being rated only c6 over here he’ll get in on the front line and they’ll have to catch him.’’

Barnes expects the race to draw a good quality field, with the likes of Colt Thirty One and Saloon Passage, but says it will give him a good idea of whether Hustler can win a race like the Blacks A Fake, Queensland’s marquee event on July 20.

“He’s eligible for easier races and that’s the debate we had. Do we put him in a weak race for an easy kill or throw him in the deep end?’’

Barnes says he’d love to win the Flashing Red, named after the old iron horse who won the 2006 and 2007 New Zealand Cups for Tim and Anthony Butt.

Barnes knew the horse well after preparing him for 12 months in Brisbane when he was private trainer for part-owner Stu Hunter.

“He ran second in a Victoria Cup and should have won the Hunter Cup when he got on a wheel at the top of the straight and ran third.’’