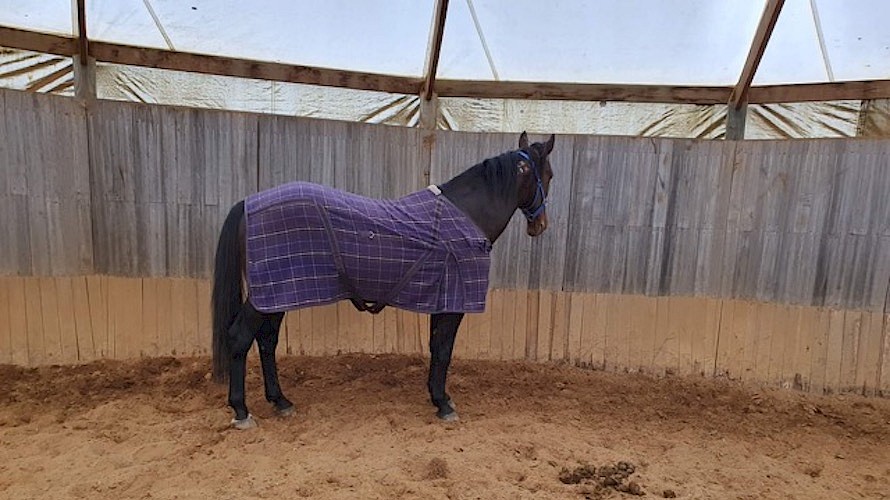 Sir Lincoln under cover, out of the rain, after arriving in Tasmania.

Sir Lincoln has found a new home in Tasmania, standing alongside another former Kiwi great in Smiling Shard.

The 14-year-old stallion has been taken over by respected studmaster Kerrie Hymers at Sheffield, on the north-west coast of Tasmania.

And there, it appears, the horse could have found an unexpected niche with COVID-19 threatening the shipping of semen both in and out of the state.

When a drop in bookings made the former Auckland Cup winner no longer commercially viable at Alabar Stud, Lincoln Farms’ owner John Street set about simply trying to find a good retirement home for him.

And luckily, Hymers, who moved her Tourello Standardbreds’ operation from Victoria 12 months ago, was dead keen.

“I was looking to breed from him a few years ago and, when he became available, I jumped at the chance.

“He’s a stunning animal and is so closely related to Somebeachsomewhere - about 96%.

“I’m hoping a lot of the locals will use him - there are about 150 mares in Tasmania - and we will breed to him ourselves. 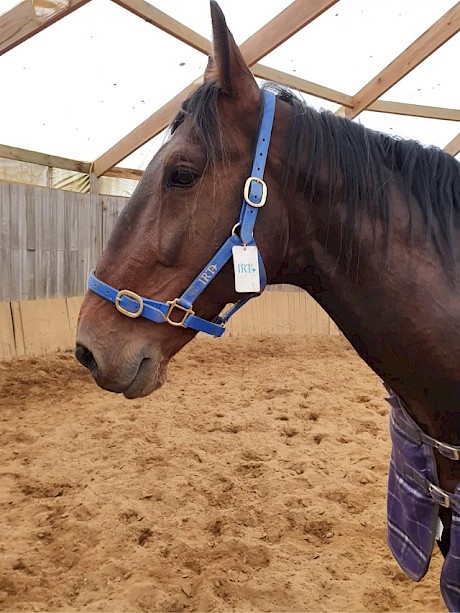 Sir Lincoln … settling in to his new home in Tasmania.“We’ve got 25 mares and I had six picked out for him but if we’re not able to ship semen in because of COVID-19 we could end up breeding a lot more to him.”

Hymers said Sir Lincoln, or Lincoln Royal as he is known in Australia, was quite dehydrated after he shipped in on the Spirit of Tasmania.

“We’ve had him stabled to keep an eye on him but it’s been very wet here so I haven’t been in a hurry to let him out in the mud anyway.

“He’s a lovely boy, a real smooch, not like any of our other stallions. I think he’s been spoiled.”

Tourello Standardbreds also stands Smiling Shard, Tell All, Metropolitan, Dawn Of a New Day and Cams Fool, all for A$1650.

And, being a fan on coloured horses, Hymers has available the unraced horses A Bit Of Bling and Arctic Cat.

The son on Mach Three sired 81 winners in four seasons in New Zealand, from limited opportunities, his winners-to-starters ratio right up on the strike rate table.

He has had 18 individual winners in Australia in the last 12 months, Tourello Standardbreds quick to tweet his recent heroes - Tuppence, To Sir With Love and Glens At Tekoa.