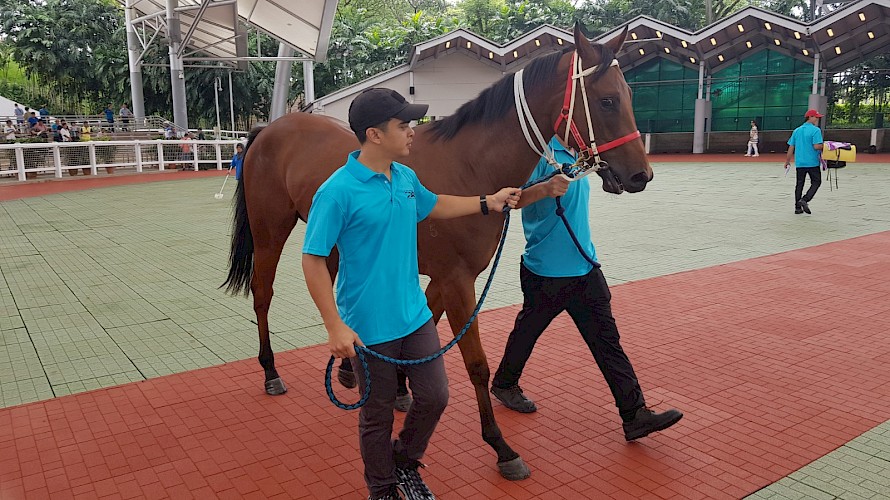 On The Razz has really improved and he will be extremely hard to beat.

Stephen: Get ready for some real razzle dazzle from On The Razz in Singapore on Sunday

Trainer Stephen Gray is very keen on the chances of On The Razz at Kranji on Sunday, declaring him to be a much improved horse.

On The Razz looks by far the best chance of the three Lincoln Farms’ runners going round in Singapore this weekend, Shane Baertshiger’s Lucky Lincoln expected to need another run on Friday night and O’Reilly’s Dancer having his last start on Sunday before being banished to Malaysia.

But Gray says Magic Albert four-year-old On The Razz will be extremely hard to beat in the fifth race on Sunday where everything looks to have fallen into place for him.

He goes into the S$30,000 class five race as one of only a few with any form, he gets his preferred 1600 metres on the long course, and gun apprentice Simon Kok will take three kilos off his back and jump him from a perfect gate three.

“It’s a very nice race for him,” says Gray. “He’s really improved and his last run was outstanding.”

On The Razz might have run only sixth on August 9 but he was very unlucky, trapped wide from his outside draw.

“Simon just couldn’t get in and the horse travelled three wide the whole way but still finished less than two lengths from the winner. Simon was impressed how he really powered home at the end.

“He showed a lot of guts and really has a will to win.

“This horse just keeps on improving, he’s fit and he can definitely win. The one negative is that it’s very dry. I don’t think I’ve seen it so dry here for a while and he’d love a bit of give in the track.” 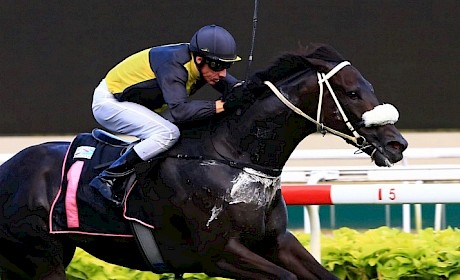 Lucky Lincoln … needs more racing to get fit.Baertschiger can’t see Lucky Lincoln being ready to compete with the class three opposition he faces in the sixth race at 1.20am NZ time on Friday night.

Even though the now eight-year-old made a good first of his resumption on July 26 after 28 months way from the track with tendon problems, Baertschiger says he’ll need a little more racing before he shows his best.

“That’s why I’ve kept him to 1200 metres again. Distances of 1400 metres to a mile are best for him but he’ll need this run to get race fit.

“His tendon still looks good which is the main thing.”

Lucky Lincoln came through his first start well, showing plenty of the fight which won him four of his previous 13 starts, trailing fifth on the fence and hanging in there until the last 200 metres.

O’Reilly’s Dancer, who contests the opening race on Sunday at 5.10pm NZ time, has outstayed his welcome in Singapore after failing to win in 21 starts.

The O’Reilly - Tiptoes gelding is booked to leave Baertschiger’s stable for Malaysia on September 20 and the trainer says this will be his last run as all the racing in the next three weeks is on the polytrack which he doesn’t handle.

“It’s just too hard finding races for him up here. He needs a good middle distance and there aren’t many of them.”

O’Reilly’s Dancer won three races in New Zealand, the latest over 2000 metres at Hastings in February 2017, before being exported but has simply failed to fire, three placings at 1800 metres and 2000 metres the only glitches in his otherwise bleak form line.

An infected epiglottis was found to be the cause of his latest dismal efforts but at the age of seven the chances of much improvement are slim.

“Sunday’s 1600 metres will be too short for him again but I suppose the only plus is that he’s down to class five.”