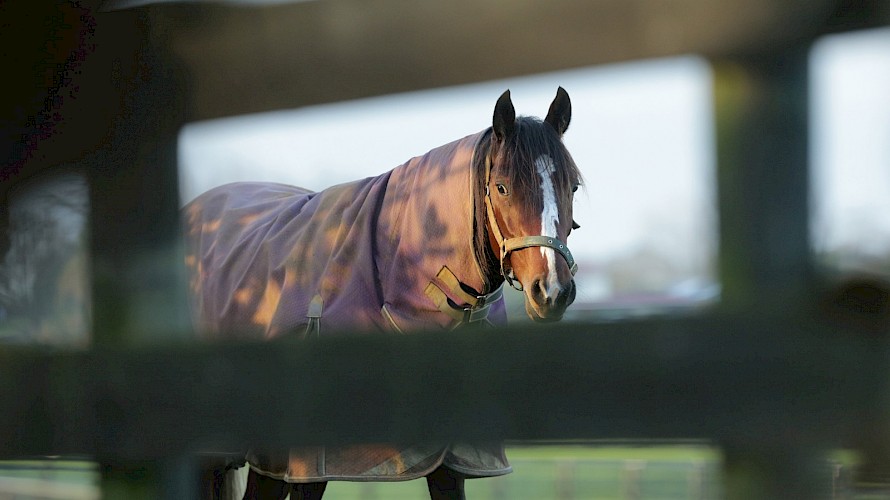 American Dealer having some R and R at Lincoln Farms, where he will stay despite having been sold. PHOTO: Trish Dunell.

The Miami cousins, who have raced a string of top horses in the United States, Australia and New Zealand since 1982, are keen to rekindle their Kiwi operation and see Lincoln Farms as the best way to do it.

“We haven’t raced much in New Zealand in quite a while, as we have focused on the States and Australia but, given the pandemic, we decided jurisdictional diversity might be wise,” Banks said.

“And we thought if we’re going to try to compete effectively against Mark Purdon and his numbers, our best shot is with Lincoln Farms and Ray Green.”

Banks and Hanover say they were attracted to American Dealer by the colt’s attitude and desire to win - he has won two of his only three starts - and the fact he was by American Ideal out of a Bettor’s Delight mare.

It was a Bettor’s Delight mare who credited the pair with their first Group One win in New Zealand when Joanne’s A Delight won the 2014 Sires’ Stakes Fillies Championship at Alexandra Park.

Joanne’s A Delight was pipped a head by fellow Kiwi filly Katy Perry in the 2014 Breeders’ Crown but the Florida duo still claim the honour of having won Breeders’ Crown titles in Australia and the United States. 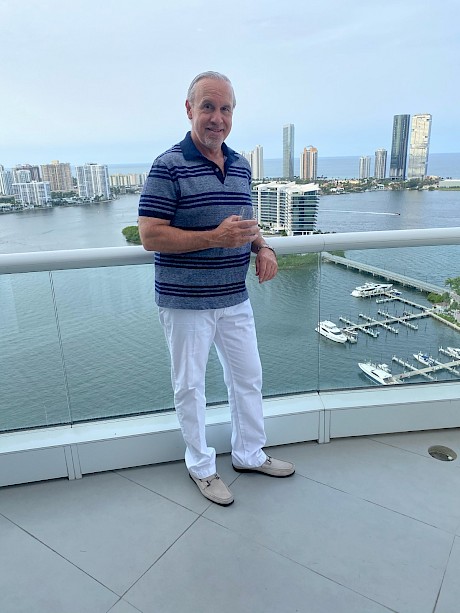 Miami-based Gordon Banks … “If we’re going to try to compete effectively against Mark Purdon and his numbers, our best shot is with Lincoln Farms and Ray Green.”Passion’s Promise won the 2010 two-year-old fillies Breeders Crown Final at Melton and in 2002 Molly Can Do It bagged the US aged mares’ Breeders Crown Final at the Meadowlands.

American Dealer will stay with Green at Lincoln Farms to contest a slew of upcoming feature races early in the new season, postponed two-year-old features as well as early season three-year-old races.

In September at Auckland he will be aimed at the Sires’ Stakes Two-year-old Final as well as the NZB Standardbred Harness Million.

“After that, if the colt is doing well, we will have to figure out where his chances seem best, as both New Zealand and Australia present big race possibilities.”

Banks and Hanover are no strangers to big race wins - in Australia with horses of the calibre of Majordan (32 wins) who, now racing in the States, scored a monster win a week ago at the Meadowlands in the $123,000 William Haughton Consolation. His time of 1:47.6 was the fastest by a Downunder bred colt or gelding on a mile track in North America.

In the States, under Enviro Stables, they boast a long list of winners including Malteste Artist (39 wins and US$2.3 million).

Their latest US star is three-year-old Captaintreacherous filly Rocknificent who has already earned US$350,000 in only 17 starts, winning six races, placing nine times and running 1:50.8.

American Dealer, who had a quiet workout at Pukekohe on Friday and will be nominated for Wednesday night at the Park, was raced by John and Lynne Street, Green, Ian Middleton, Tim White, Annette and Kevin Crosswell, Ian Kedzlie, Bob Best and the far north’s Chisso and Wack Syndicate.

From a family rich in black type, the colt is the second foal of a Bettor’s Delight mare who is a half sister to headliners Amazing Art, All U Need Is Faith, Pacing Major and Grace Way, the dam of Lincoln Farms’ smart colt Make Way.