Trentham will really help Platinum Spirit, pictured here after winning on the course as a two-year-old. PHOTO: Peter Rubery.

That’s the Spirit! Lisa finds a Platinum winner for Trentham and gives vital info on her 2yos

A return to the big, roomy track at Trentham could be enough to see Platinum Spirit ($6.50) return to the winners’ circle on Saturday.

The Charm Spirit three-year-old, who holds a nomination for the $1 million New Zealand Derby at Ellerslie on February 29, hasn’t won since taking a two-year-old race on the course seven months ago.

But trainer Lisa Latta says the colt is really improving now and will be hard to roll in the fifth race.

“The big track will suit his style and I couldn’t be happier with him going into the race.”

Platinum Spirit has produced big late runs in both his recent runs at Awapuni, finishing fourth over 2300 metres on December 21 but only half a neck, a short head and half a length behind River Rock.

And just a week earlier he again finished strongly for third to the in-form Proletariat over 2200 metres. 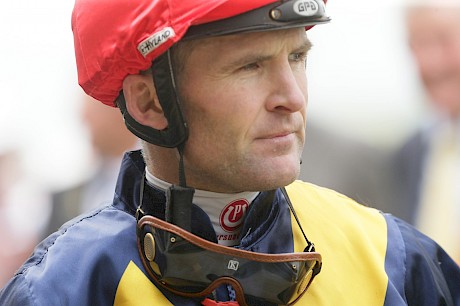 “I expect him to be hitting the line very hard and figuring right in the finish. He’s definitely the best of the chances on Saturday.”

Lincoln Farms lines up two runners in the two-year-old race, Platinum Dubai and Platinum Rain, where a number of runners are having a last throw at the stumps to try to qualify for the $1 million Karaka Million at Ellerslie on January 25.

Smart debutant Platinum Rain ($13) would need to win to make the 14-horse cut but Latta says, unlike Platinum Dubai, he’s not a two-year-old type, and is unsuited to the helter-skelter of the Karaka feature.

She actually opted to bypass his targeted debut race at Otaki last Monday, figuring the 800 metre scurry would be too sharp for him.

And with a shortage of suitable two-year-old races at present Latta decided to throw him in the deep end on Saturday, where four winners are engaged, with the early defection of Trident.

“He’s quite a big horse who is a real three-year-old type and, while I expect him to go a nice race, because the roomy track will suit him, if he’s just getting home I’ll be happy.

“He’s not wound up to the max, he hasn’t run that way round and it’s his first look at Trentham so it’s a pretty big ask.”

Latta nevertheless really likes the $160,000 Kermadec colt who has looked good in all three of his jumpouts, the most recent at Levin in heavy footing, when he won over 850 metres with plenty in hand.

“His work has been very good and we will get a good line on him on Saturday.” 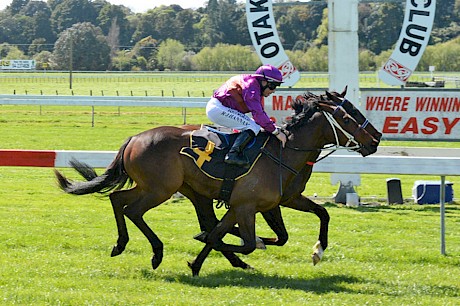 It’s crunch time, however, for Platinum Dubai ($13), who needs to run first or second to secure a Karaka Million berth.

Unlike Platinum Rain, she’s comparatively small and a real runner and Latta says she’s been unlucky not to have won enough prize money already for the $1 million feature.

A winner on debut at Otaki last September, Platinum Dubai has struck slow 8 and heavy 11 ground in both her subsequent starts.

“It will be nice to get back onto a good track. And from her good two draw Leith (Innes) should get a nice soft trip just in behind the speed.

“She’s a real professional and should get her chance in what is an even field.” 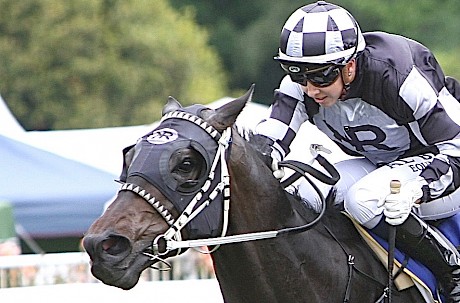 Kamanda Lincoln might be a $51 chance in the Trentham Stakes but Latta expects him to run better than those odds would suggest.

“He’s settling a lot better now and Jonathan (Riddell) was really happy with him the other day.”

From the outside gate of 12 at Awapuni, Kamanda Lincoln finished strongly to be only three lengths from winner De Koning.

Kamanda Lincoln is pressing for a spot in Saturday week’s $250,000 Wellington Cup, a race in which he ran ninth last year after finishing fourth in the Trentham Stakes.

“If he misses out he can run on the last day in the Summer Cup which looks a good race for him.”

Of the other starters for Lincoln Farms, Latta says Lincoln Hills ($9.50) could be a threat in the fourth “if everything goes right for him.”

“He didn’t beat much last time and this is a very good field but hopefully Johnathan (Parkes) can get a nice sit just in behind them and burst through late.”

Lincoln’s Gal ($15) also looks a chance in the ninth race.

“She will enjoy the step-up to 1400 metres and has improved immensely with two runs under her belt.

“This is an even but not premier quality field and she has run second and fifth in her two runs at Trentham so she likes the track.”