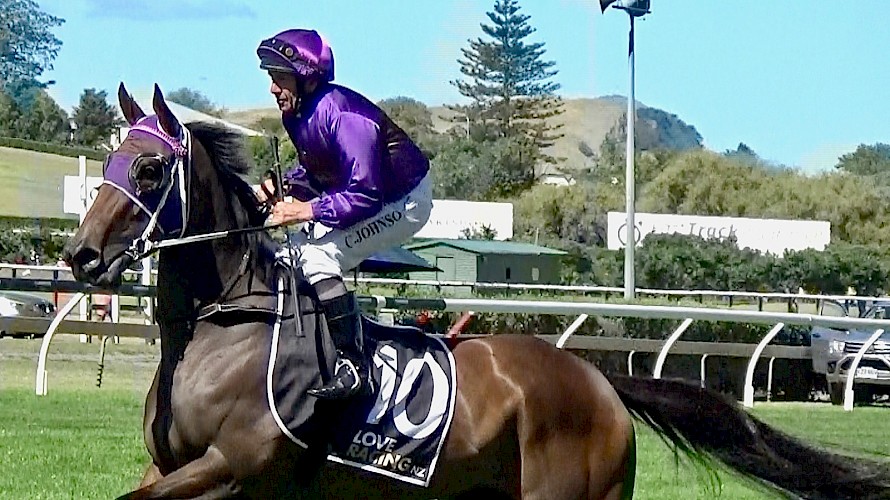 Three of Princess Amelie’s four races last time in were in strong company at Ellerslie.

To start or not to start, that is the question - Lisa in a quandary over Princess Amelie

The volatile weather this week has played against Princess Amelie and left trainer Lisa Latta in a quandary about whether to start at Waverley on Thursday.

The fifth race had looked an ideal starting point for her spring campaign, with the racing 72 sprint opposition significantly easier than the company she raced last prep.

Drawn four in a small field, the Snitzel mare seemed perfectly placed to use her on-speed tactics to dominate the race.

But the week’s wet weather has seen the track downgraded from a dead 5 to a heavy 10 and with a rainy and windy forecast, the chances of it improving are slim.

All three of Princess Amelie’s wins have been on tracks no worse than dead and while she placed once in heavy 10 conditions at Ellerslie, the mare is far more potent when she can spring off the track.

“She doesn’t like it heavy at all but I’m hoping the rain doesn’t come and the wind does. So we’ll wait and see.

“It’s getting to the stage where she needs to race, but then she can’t afford to be dropping points either (if she runs down the track).”

Latta wants to get a couple of runs into Princess Amelie before going south to contest either the $100,000 Stewards Handicap at Riccarton on November 13 or the $80,000 Breeders’ Stakes (fillies and mares) the same day.

The mare has already missed her planned resumption on September 20 when she was scratched after drawing very wide at Taupo.

But while Latta needs to get some fitness runs into Princess Amelie she’s also wary of flattening her first-up in very testing going.

Latta reports the mare is in great heart after two recent trials at Foxton, the latest on September 3 when rider Robbie Hannam reported she coasted to the line for second, very lazy without her raceday blinkers on.

Princess Amelie has previously won a trial at Waverley and last time in raced in revered company, three of her four starts at Ellerslie at premier, Listed and Group level.

Latta is not keen at all to start Ajay Lincoln in the opening race.

“There’s no point. While he’s working well, he hasn’t handled it heavy a couple of times.”