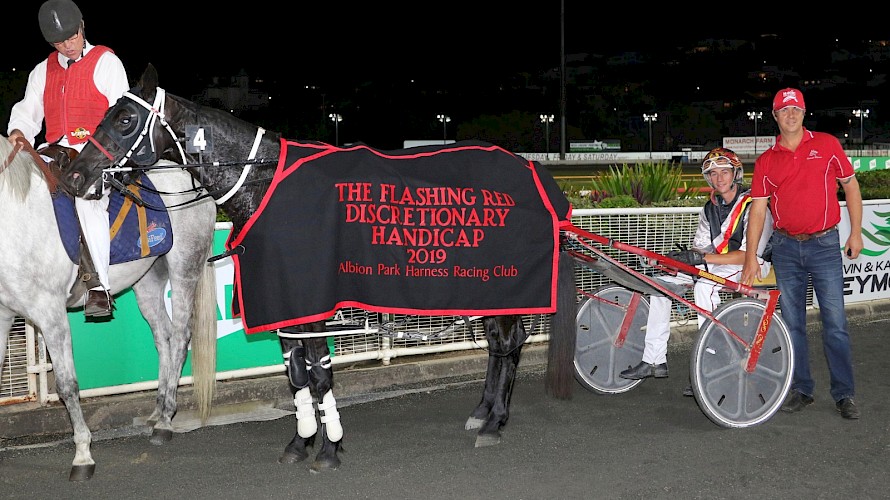 Lincoln Farms’ flagship pacer in Queensland Northview Hustler will undergo nuclear scintigraphy, hopefully in the next few days, to determine whether he has a hairline fracture.

A second round of X-rays today failed to establish with certainty why the horse has bleeding in his near front fetlock.

And while the suspicion is that he has a hairline fracture, trainer Al Barnes says the horse is too good to be guessing over his future.

“He’s one of the best horses over here and while there looked to be a very faint shadow on the X-rays I want to be 100 percent certain what we’re dealing with.”

X-rays of Hustler’s off side fetlock today didn’t look dissimilar to the affected leg, making diagnosis even more difficult.

Barnes is hoping coronavirus disruptions don’t delay testing the horse at the university where staff numbers might be down.

“To prevent any delays we’ve taken blood from the horse today because he has to be tested for Hendra before having the scintigraphy.”

During scintigraphy a radioactive dye is introduced into the horse and hot spots indicate injury sites where repair is underway.

“If anything it’s slightly increased but he’s in no pain. He’s sound, happy and bubbly and just wants to get out there and run.

“The vet suggested we might consider giving him three months’ box rest but I couldn’t see the point. He couldn’t give any guarantees that the horse would be right after that because we don’t know for sure what the problem is.

“Horses don’t bleed outside the joint for no reason. It’s normally from a hairline fracture or some other major trauma.

“Hustler is not a horse you want to be guessing with and hopefully we can get it done by the end of the week.

“It’s not such a big deal now that the winter carnival is off and anyway the horse’s welfare comes first.”