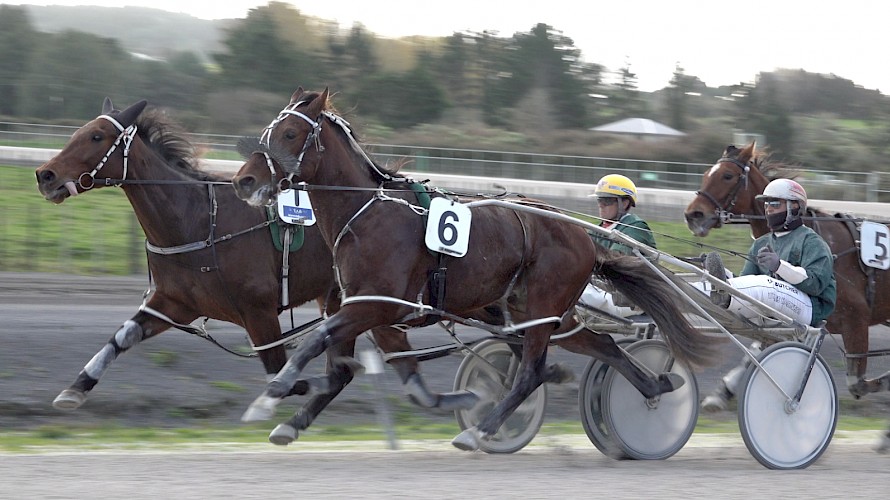 For the second week on end Tommy Lincoln pipped stable star Copy That half a head in the faster class 2050 metre heat, leading throughout from the pole and matching his far higher rated rival in the run to the line.

“He’s improved immensely and I can’t fault what he’s doing.”

Green says he’s sure Copy That would have run past Tommy Lincoln had driver Zachary Butcher slapped him on the bum.

“I don’t think he would have cleared off - they were running pretty fast - but Copy That only does what he has to.

“He might need a couple of races when he comes back to get that next level of fitness as the competition isn’t strong enough to test him at the trials.”

Green and owner Merv Butterworth have scrapped the idea of running in the South East Derby in Queensland next month, with COVID-19 affecting both travel and quarantine.

“His main mission will be cup day in Christchurch in November.”

Man Of Action, while only fourth of four in the same heat on Friday, also pleased Green, driver Andre Poutama not hooking out in the run home and finishing only two lengths astern. 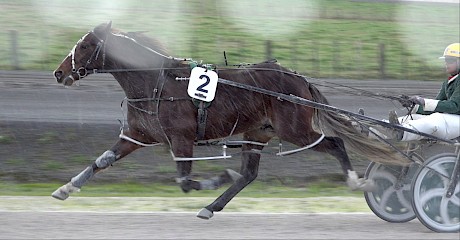 American Dealer and David Butcher look set for a prosperous campaign.American Dealer showed improvement on his run at the workouts a week earlier when he finished too powerfully for Hello It’s Me to win the up-to-rating 55 heat.

Third last early, driver David Butcher manoeuvred into the one-one 700 metres from home and showed good toe to reel off sectionals of 58 and 27.7, winning in a mile rate of 2:02.3.

Larry Lincoln, who followed his stablemate over the last lap was also strong on the line, just a head, a length and a quarter and a head back, Poutama again siting quietly.

David Butcher popped off the fence to sit outside the pacemaking Ronda for the last lap and was too good, closing in 59 and 27.6 and holding well by a neck in a more sedate 2:05.1 mile rate. 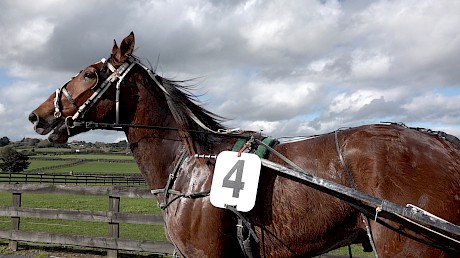 He powered home three wide for Butcher and did well to run Tony Herlihy’s Prince Of Pleasure to a length and a half after Herlihy stole a marker run through on the inside.

Apieceoflou passed muster with a solid fourth after starting from the second row and racing one-out and two back for the last lap. 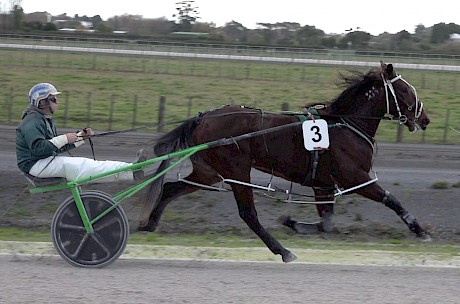 Aurora Stride … showed good gate speed.Auroroa Stride showed tidy gate speed to lead then trail and, in a four-way blanket finish, was just a head behind Brent Mangos’ Supasundae, with a nose and neck to fourth-placed stablemate Louie The Punter who made a big run four wide round the final turn.

Spice It Up tired late from the trail to finish fifth, the only disappointing effort of Lincoln Farms’ 12 runners on the day.

Green revealed the speedy fully had tied up again, a complaint which stopped her previous campaign.

Brian Christopher (David Butcher) was run down a head by Zarias in his heat with trainer-driver Zachary Butcher’s charge doing well after sitting parked for the last 600 metres.