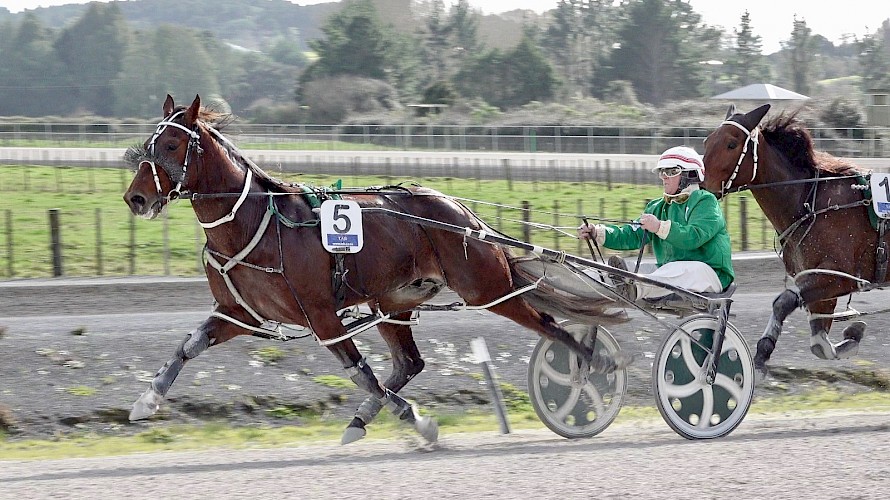 Copy That strides out for Maurice McKendry with Tommy Lincoln coiled up ready to pounce.

Tommy Lincoln and Man Of Action earned followings for Alexandra Park on Wednesday night with powerful wins at the Pukekohe workouts on Friday.

Lincoln Farms lined up nine horses in four heats and won them all with Tommy Lincoln, Man Of Action, Franco Nandor and Louie The Punter showing their best.

You couldn’t help but be impressed with Tommy Lincoln who, for the third time in workouts this prep, pipped star three-year-old Copy That in the rating 53 to 94 heat over 2500 metres.

After spearing to an early lead from the pole, Tommy Lincoln and Zachary Butcher handed up mid-heat to Copy That and Maurice McKendry who looped the field from last.

When presented with a gap on the inner in the run home Tommy Lincoln, a rating 53 horse, accelerated stylishly to put a neck on Copy That, a racing 94 horse, short of the post.

Trainer Ray Green described Tommy Lincoln as a much improved pacer this campaign but noted Copy That was a very lazy horse “who only does what he has to.

“That’s why we put Maurice on today to give him a good feel for the horse.”

The pair’s first outing together at the races 10 days ago proved disastrous when Copy That started hitting the sulky wheels and slung his hook, McKendry pulling him up 1200 metres from home. 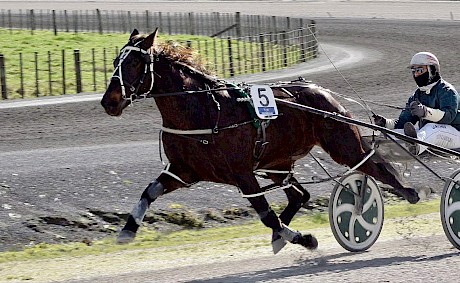 Man Of Action trials superbly for Zachary Butcher.Man Of Action’s last start at Auckland was also a frustrating one for his owners when he galloped leading 150 metres from home, seemingly having the race won.

On Friday he never looked like putting a foot wrong after Butcher took an early lead, easily fended off trailer Mimi E Coco when she pulled out of the trail to challenge down the back straight, and went on to score an easy two and a half length win.

Butcher revealed they’d pulled Man Of Action’s hopples up one hole for the workout, a tweak which obviously worked.

Stablemate American Dealer, who won the race Man Of Action threw away, cruised home for fourth, five lengths from the winner, without being asked to sprint by driver Andrew Drake. 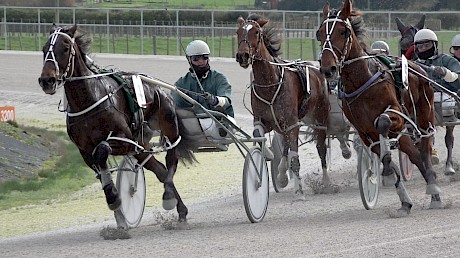 The pair, now part-owned by top golfers Ryan Fox and Gareth Paddison, who were gifted shares by Lincoln Farms’ boss John Street, will be improved for their fresh-up runs on July 1 when they finished fourth and fifth behind the impressive Prince Of Pleasure. 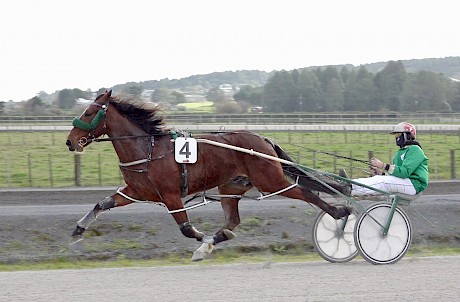 Louie The Punter … all the way for Ben Butcher.Louie The Punter continued his rapid progress of recent weeks with an all-the-way win in the learners’ heat over 2050 metres.

Driver Ben Butcher never had to ask the Sweet Lou half brother to Double Or Nothing for his best as he held a half length advantage over Tony Herlihy’s Cowboys N Bandits, clocking 2:41, a mile rate of 2:06.4, closing in 59.8 and 28.1

Aurora Stride (Butcher) fought on OK for third, half a length further back, with Brian Christopher fourth (Drake) another length and a quarter away.

Green said two-year-old Louie The Punter had been a bit slow coming to it.

“But he seems to have arrived now and I expect he’ll qualify next week and then be off to the races.

“He’s improved a lot. Whether he’s a Sires’ Stakes horse remains to be seen.”