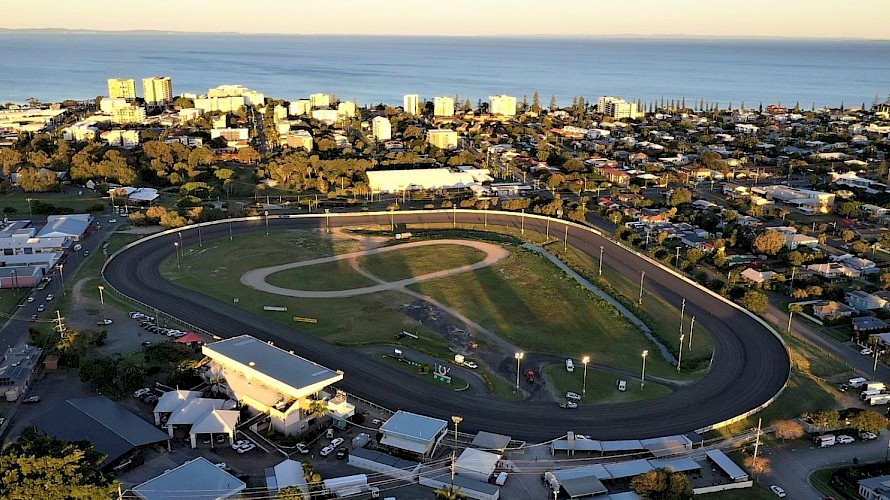 Any chance Tommy Lincoln had at Redcliffe on Friday night disappeared with the barrier draw.

Stranded at five on the second line over the 2280 metre sprint, trainer Mark Dux knows he has almost no chance of featuring in the A$31,000 Group III Patron’s Purse for four and five-year-olds.

“A draw like that kills you, especially at Redcliffe,” Dux said. “It’s a good field and he’s got a bad draw.

“I’ve got no option but to drive him cold. I’ll try to take short cuts, hope he can get splits and get the best cheque we can, but we won’t get much.”

Back-runners have virtually no chance on the tight, triangular Redcliffe track.Dux is wondering what he did to offend the racing gods - all four of his runners on Wednesday night drew terribly - and while he philosophically says “we have to play the cards we’re dealt” he knows Tommy has almost no show on the tight and turning circuit.

“Captain Crusader will lead from one and if there isn’t enough pressure he’ll run a 55 half. If you’re not in the first three or four in the running, you’re out of play.”

About his only chance, says Dux, is if the leaders go silly and walk home, but that rarely happens in Queensland.

The race-wrecking draw is all the more frustrating because Dux says he’s really happy with Tommy.

“I was happy with his last run and he’s done terrific since.”

Having his first standing start for 17 months, Tommy was a bit out of practice, galloping away.

“He just took a backward step when they said go. But I was pleased with him afterwards. He put in a funny step halfway round the bend - he was hanging a bit - but he felt strong all the way.”

Tommy battled away for fourth behind Captain Crusader at the finish of the 2647 metres, clocking very respectable closing sectionals of 54.8 and 26.99.

“He can go with the best of them but it’s so hard when you draw badly. It’s going to be hard finding the right race for him in the next month or so and I’ll be happy if he can race in the B divisions rather than against the best.”

Meanwhile, Dux is hoping to get a race for Captain Nemo next Tuesday after his event didn’t get off the ground last week.

“I was going to trial him last Tuesday but he was a bit off colour the day before so I didn’t run.”