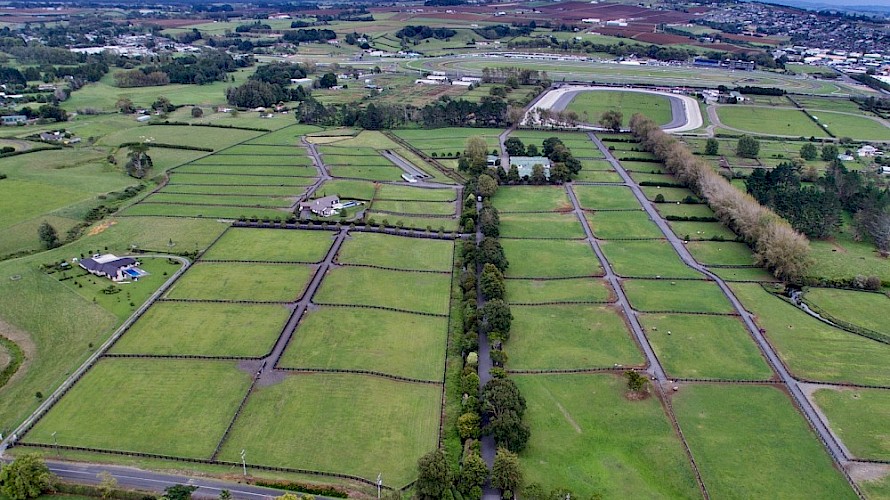 Lincoln Farms at Pukekohe is like a holiday resort for horses with huge lush paddocks.

Too much good grass at Lincoln Farms? - Blood tests before Ray lets The Bull Pen loose

The results of a blood test tomorrow will decide whether smart pacer The Bull Pen races at Alexandra Park on Friday night.

The Bull Pen, who has turned in two excellent runs since joining Ray Green’s team at Lincoln Farms, tied up after jogging a week and a half ago.

And while he trialled OK at Pukekohe last Saturday, finishing sixth after being badly interfered with in a melee at the 600, Green says he’ll be taking no chances with the horse.

“I’ll take some blood off him tomorrow to make sure he’s all right. I don’t know why he suddenly tied up but the vets think it could be a spring-like flush in the grass.

“We’ve had a few tie up recently, including the two horses who have just come up from the South Island. Maybe they’ve been spending too much time in the paddock pigging into the grass.’’

Green was rapt with the way The Bull Pen backed up from his debut win in the north with a brave third last time, on May 3, when he sat parked all the way and gutsed it out to hold third behind Revolver and Big On Personality in a 2:40 flat 2200 metres.

“It was a huge run. He’s a nice horse and even from six again he can’t be counted out.’’ 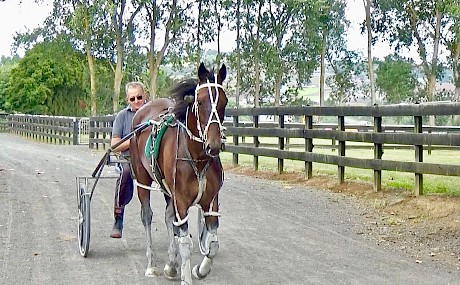 Just Wing It looks well placed on Friday night.Just Wing It will get his winning chance in the second race from two on the gate and dropping slightly in grade, the highest equal rated horse in a rating 40 to 54 event.

Just Wing It did well for fourth last start in a stronger race, finishing only 1.8 metres behind In The Shadows at Auckland after starting from six on the gate.

He showed at the Pukekohe workouts last Saturday that he has the gate speed to lead this event when, from two, he disputed the early burn with Wet My Whistle.

Driven by Jay Abernethy, he pulled quite hard in the trail afterwards, before making good late ground on the tearaway pair Parker and Wet My Whistle on a 26.7 last quarter.

“Jay said he went well and this looks a good race for him,’’ says Green.

The third race sees consistent two-year-old Double Or Nothing lose his regular driver David Butcher who, as a part owner of debutant Zeuss Bromac, is committed to that horse.

Zeuss Bromac, who will be the first horse Lincoln Farms’ No. 1 driver Zachary Butcher lines up in his own name as a trainer, looked good again when scoring at the workouts last Saturday.

But while Zeuss Bromac has a good rap on him, Green says Double Or Nothing, from a better draw, will keep him busy.

Double Or Nothing was typically brave last week in his first start for three months, fighting on well for fourth after sitting in the breeze for the last 1600 metres.

Stable junior Andrew Drake gets the reins on Friday and Green says the horse is sure to be improved and will go another good race.

“He seems to have pulled up OK and he’s gone close in better fields than this.’’