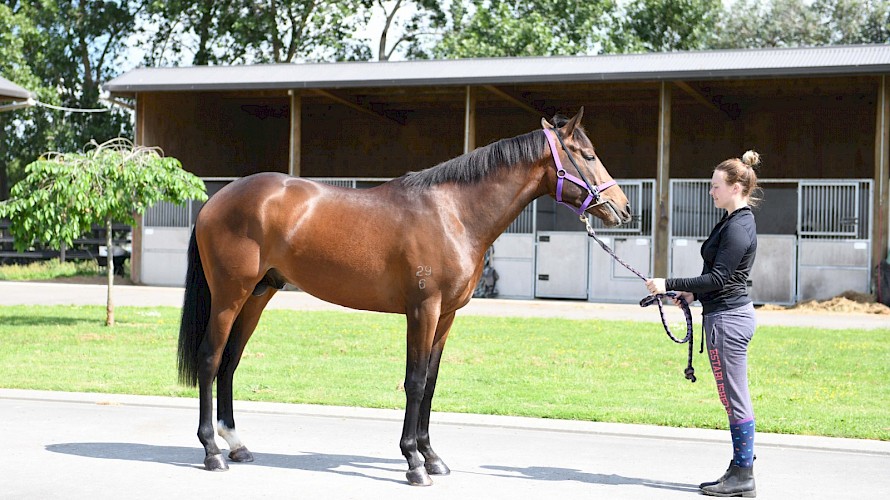 Platinum Road won’t hit the racetrack until the autumn but trainer Lisa Latta likes what she sees.

The two-year-old ran only third of four at the Levin jumpouts today but Latta was impressed by the way he responded at the finish.

“He was a bit slow to jump then got up and travelling and once in the straight let down nicely. He was really doing his best work late.’’

Winner of the heat, an Albrecht colt with Fraser Auret, clocked 35.91 for the 600 metres.

“This colt has a bit of class about him and is a very nice mover.’’

Platinum Road, who cost $60,000 as a yearling at Karaka in January, is by the relatively unknown sire Declaration Of War, who shuttled to Australia for two seasons from Coolmore Stud in Ireland.

Latta plans to give Platinum Road another jumpout at Levin on December 19 then geld him and turn him out with a view to racing in the autumn. 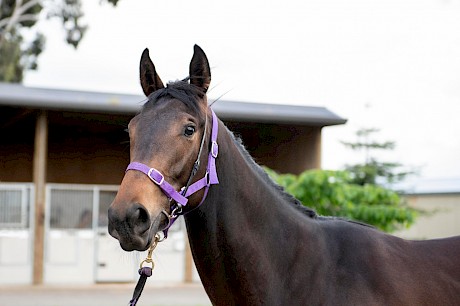 It was the second jumpout for the Proisir filly Platinum Touch, and she showed a lot of improvement, says Latta.

“She jumped well and sat outside the leader. She was a little bit green around the corner, and timid of other horses, but she let down nicely to run second, well clear of the rest of the field.

“I may back her up at the trials next week to give her more practice.’’

Latta will then decide if she will head to the races with the filly or send her to the paddock.

Platinum Touch, who cost $57,500 in February, is the first foal of a three-race winner in Ma Belle Ami, who is a half sister to Laaffaire (six wins) and Dorian Grey (three wins).

Hurricane Lincoln, an $85,000 Sacred Falls gelding, sat in the trail for Robbie Hannam but only battled to the line.

“Robbie said the horse is well educated and gave him a good feel but just needs time to mature. 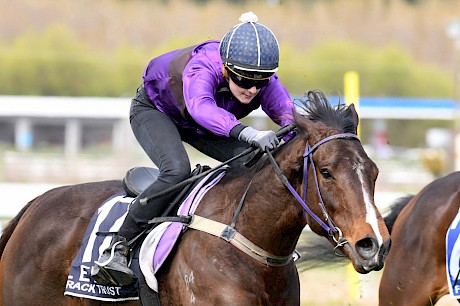 Lincoln Dreamer … will get blinkers and a tongue tie when he races over Christmas. PHOTO: Royden Williams.“So he will head to the paddock now for eight weeks then come back for an autumn preparation.’’

Hurricane Lincoln’s dam Rosehip is a half sister to Queensland Derby winner Brambles, Lopov (seven wins) and former Lincoln Farms’ talent Lincoln Blue, who looked like developing into a superstar when sent to Chris Waller in Sydney, but was retired after going in a tendon twice.

Four-year-old Lincoln Dreamer, who contested the maiden 1400 metre heat, got back in the four-horse field and did not improve in the run home behind Estimation.

“I will put blinkers and a tongue tie on him and look for a 1600 metre race over Christmas.’’