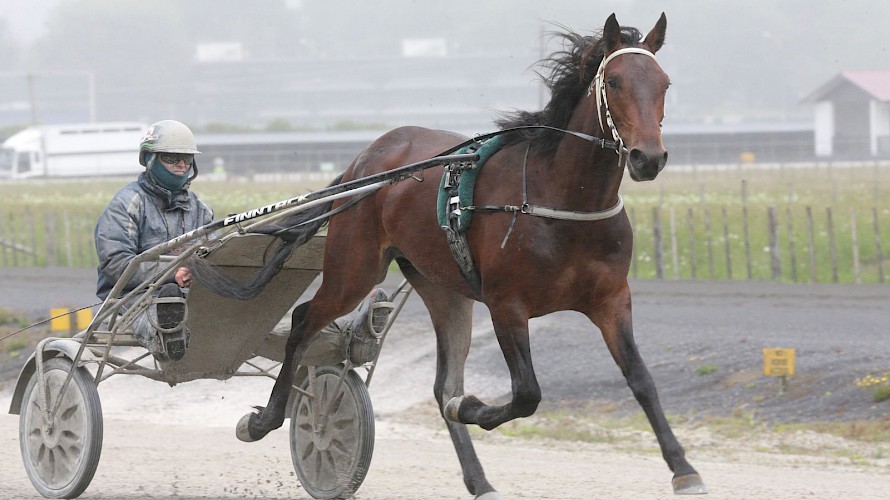 Whiz On Bye has drawn to show his Auckland debut run was all wrong. PHOTO: Trish Dunell.

Whiz On Bye hardly knew where to put his feet on debut at Alexandra Park last month, beating only a couple home and finishing 25 lengths from the winner.

But Lincoln Farms’ trainer Ray Green reckons it’s best to simply put the line through that run when assessing his chances at Cambridge on Christmas Eve.

“He’s a work in progress but from his good barrier draw (three) he looks the best of our four chances,” says Green.

“He’s a typical American Ideal - they take a few starts to find their feet - and he’s getting better and better.”

Green says the two-year-old colt has been training and trialling much better since his inglorious debut, when he worked hard to find the death seat then paced very roughly at various intervals, losing contact with the pack.

Whiz On Bye has won both his workouts in the interim, posting a useful mile rate of 2:03 in the latest on December 11 when he led throughout for Andrew Drake to beat Tuscon Tiger and American Legacy.

“He’s a chance if he races up to that form,” Green said.

Whiz On Bye, who will be driven by Zachary Butcher on Friday, has the bloodlines to eventually make an impact being out of the family of dual New Zealand Cup winner Il Vicolo.

His dam Vivacious Madonna is a half sister to Stunin Cullen (19 wins), Coburg (10 wins) and Temepara Cullen (5 wins).

Green is looking for an improved showing from Nirvana Franco (race two) whom he admits has been disappointing.

Ruunner-up on debut at Cambridge in August she has hasn’t had the best of luck in three subsequent starts.

“But she still hasn’t lived up to her earlier promise. She hasn’t shown us yet what she feels like in training.”

Nirvana Franco got herself into a hopeless position early last start at Auckland after pacing roughly and breaking briefly on the first bend.

She was doing her best work late for fifth, pacing the fastest last quarter in the race, albeit only 31.3.

The opposition is easier on Friday but she will still need luck from six on the gate. 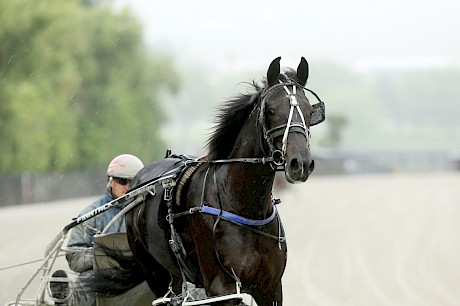 “It won’t be easy from out there but he’s been training and trialling very well left-handed.

From five, Green is hoping Louie The Punter can cross and make the front in the 11th race.

“If he made the front he’d be a chance. He tends to pull a bit hard when he doesn’t and he’s not a nice horse to drive when he’s parked.