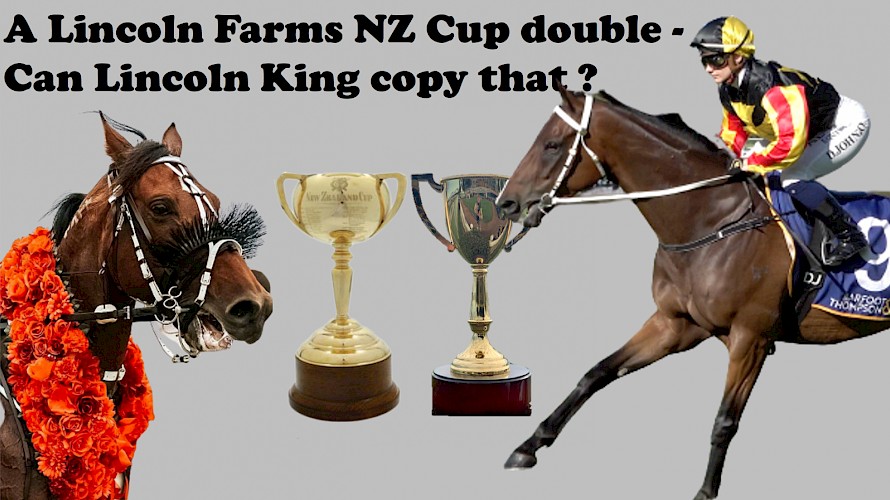 And after the horse’s unlucky and late closing sixth for Danielle Johnson in last Saturday’s Metropolitan Trophy (2500m), Marsh is about as bullish as he could be on pulling it off.

“Danielle said if he’d had room late he would have really dashed and been the real eye-catcher in the race.

“I’ve watched the replay a few times and he was just about to build up his momentum when he ran out of room.”

Stewards reported Lincoln King “was held up near the 150 metres, making contact when shifting out to obtain clear running, before racing in restricted room over the concluding stages.”

The effect of the roadblock was to relegate Lincoln King to an also-ran, but he was just 2.9 lengths from upset winner Mr Intelligence and only half a length from third-placed Madam De Soir.

Marsh says on the positive side, not having a hard run on what was a rock hard track almost certainly helped Lincoln King’s recovery.

“I don’t think the hard ground has affected him at all. He came through as sound as a bell, trotted up really good, and wasn’t jarred up at all.” 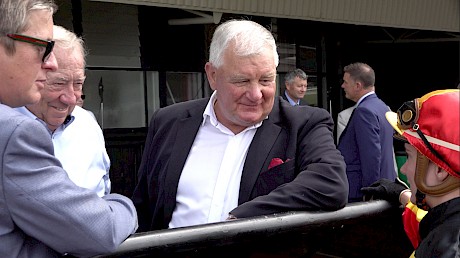 “The track is so hard it could take a fair bit - they seem to be allergic to water down there.”

Marsh says everything has gone perfectly to plan with Lincoln King, who carries only 54.5kg in the cup, the same as last year when he was pipped a nose by Dragon Storm, and only half a kilo above the minimum.

He didn’t get the nice inside draw he’d been hoping for which would have allowed Lincoln King to possie up a little closer, like he did last Saturday from gate four.

Drawn 15, but set to come in to 12 after the ballots come out, Lincoln King will need a little luck, he says.

“But you’ve got to take the cards you’re dealt and it might even end up being an advantage. At least Danielle will be able to roll forward when she wants to, rather than drawing one and ending up eight pairs back on the fence.

“They start at the top of the straight six and have a straight run of about 1300 metres so the field will spread out a bit.” 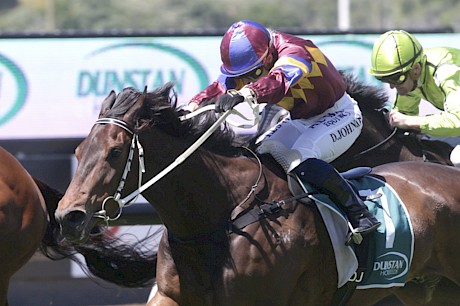 New Zealand Cup favourite Beaudz Well (Danielle Johnson) winning a Dunstan Feeds Qualifier at Ellerslie last year.Marsh says this year’s cup is an even looking bunch but he noted a few of the fancied runners were pretty plain last Saturday.

“I thought Beaudz Well was the best of them.”

John Wheeler’s cup favourite, who is part-owned by high profile All Black Beauden Barrett, was sixth in the running, and was shunted four wide when mounting his run on the home turn, but never faltered on his run to the line to finish runner-up, with Lincoln King on his back.

The effort was all the more notable because the five-year-old, who is by Zed, sire of Melbourne Cup winner Verry Elleegant, suffered colic on the road trip down a few days before the race and at one stage was a doubtful starter.

“But Lincoln King will give it a good shake. I can’t wait for the race, everything is perfect with him.”