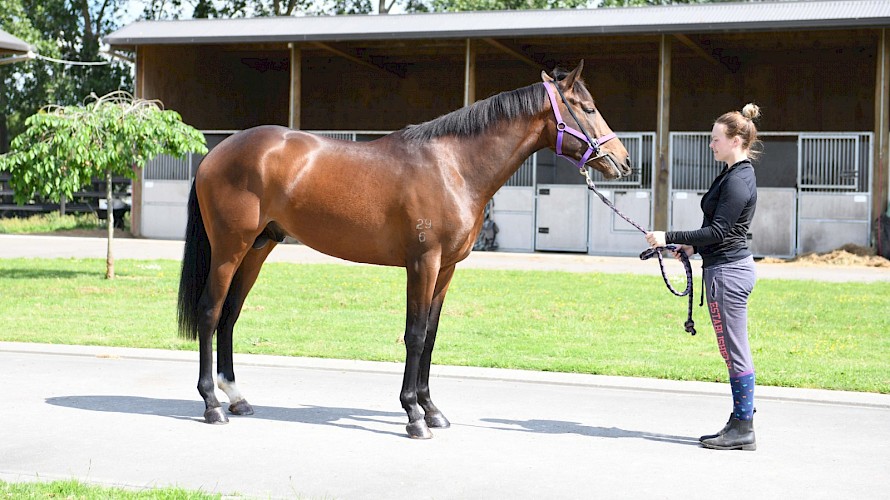 Marnie Purser parades Platinum Road, who is by Declaration Of War, sire of the winners of this week’s Victoria Derby and Melbourne Cup. PHOTO: Royden Williams.

Warning, Vow And Declare, Platinum Road … it just rolls off the tongue, doesn’t it?

First the Victoria Derby, then the Melbourne Cup, and tomorrow hopefully the 1200 metre maiden at Otaki.

Trainer Lisa Latta knows the last of those three races sticks out like a sore thumb but if Platinum Road can win the opener at Otaki it will give his sire Declaration Of War a unique treble inside six days.

The 10-year-old son of War Front who is standing the 2019 breeding season in Japan, is gaining a reputation as a sire of exceptional stayers with Warning taking the three-year-old classic last Saturday and Vow And Declare yesterday’s 3200 metre feature. 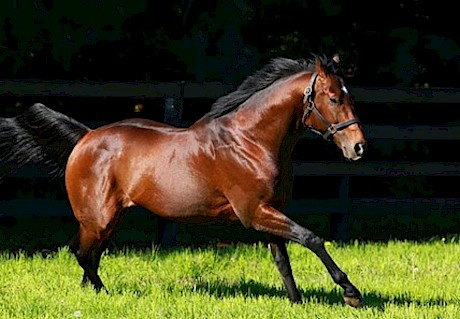 Declaration Of War … the sire of Melbourne Cup week.Latta says she can’t wait to get Platinum Road up over ground too and that’s why she was a little miffed when the Otaki club canned the race she’d entered, a three-year-old maiden over 1400 metres, and put him in a 1200 metre event.

“But while I’d prefer not to be dropping back to 1200 metres I’ve put blinkers on him so hopefully it won’t be too big an issue for him. The blinkers have really sharpened him up in his work.”

On Tuesday Platinum Road caught the eye of the local track clocker when he worked with stablemate Keep It Savvy over 800 metres in a smart 48.2, the last 600 in 36.2.

Platinum Road’s form line might look average but he’s had no luck in both his starts this term.

His chances were gone at the barrier draw when he drew wide fresh-up at Taupo, was forced to drop back, then copped a check 200 metres from home. And last time, when sixth over 1400 metres at Wairarapa, he was trapped four wide in the open.

He meets a very small field in Thursday’s opening race and Latta expects to see him smoking home late for owners John and Lynne Street and Neville McAlister who bought the colt for $60,000 at Karaka in 2018. 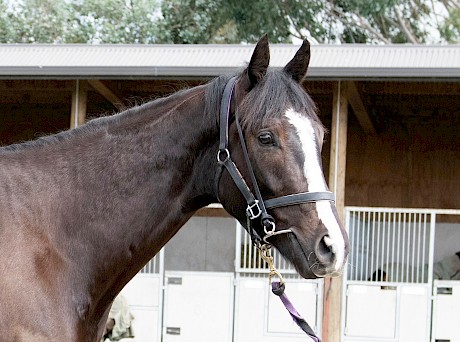 Lincoln Hanover … has the advantage of racing on-speed.Strong track gallop

A strong track gallop yesterday has raised Latta’s hopes for Lincoln Hanover to shed his bridesmaid’s tag in the second race.

Lincoln Hanover and Free To Shine ripped straight into their 1000 metre gallop, clocking 1.03.7, the last 600 in 39.3. And while Latta says the four-year-old blew afterwards, she says he’s forward enough to be hard to catch.

“I’ve only given him one jumpout but I don’t think his condition will give out. He looks a lot stronger than he was last time in.”

A four-year-old by Showcasing, Lincoln Hanover has the advantage of racing on speed, tactics which have seen him rack up five placings from only seven starts.

He ran four seconds on end in March, April and May, when Latta says he was too weak to finish off his races, especially in rain-affected ground.

“If Robbie (Hannam) can get a nice soft trip with him, he is capable of taking this out as he goes well fresh.”

You won’t spot Lincoln Farms’ third runner, Ajay Lincoln, until very late in Thursday’s seventh race, the 1600 metres being too short for him, says Latta.

Ajay Lincoln is much better than his form line suggests - he’s been hogtied by wet tracks - and Latta is predicting he’ll perform well over middle distances.

“But we have to get the runs into him before we get him up over ground. I still expect him to run a cheeky race and to be hitting the line well.”