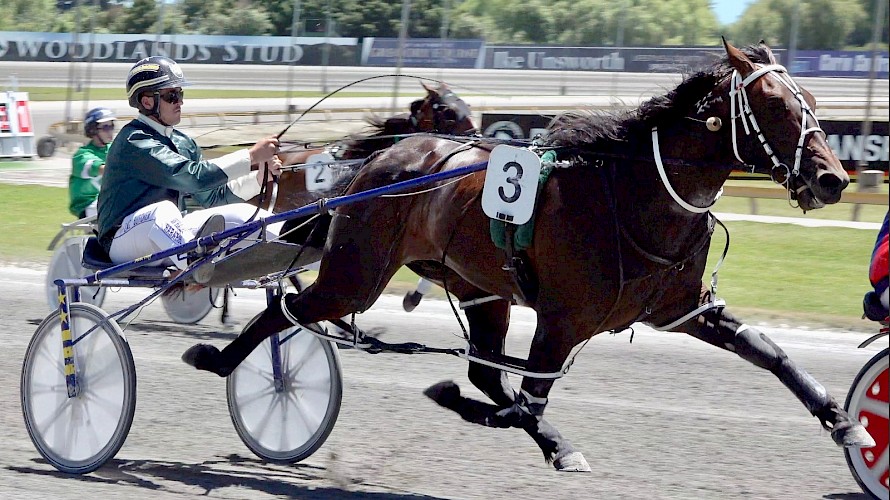 Whiz On Bye’s electric home stretch sprint at Cambridge on Christmas Eve gave a glimpse into the horse’s true ability.

And Lincoln Farms’ trainer Ray Green says if the horse can do things right at Cambridge’s Wednesday twilight meeting, his form will take a dramatic improvement.

The American Ideal two-year-old might have come up a neck short last week but his recovery to make up half a dozen lengths in the last 200 metres didn’t go un-noticed.

After pacing roughly round the first turn and again at the 700 metres, Whiz On Bye was last to reach the 500 metre marker. And when he mixed his gait again turning for home, his chances looked forlorn.

It was a virtual carbon copy of his debut run at Auckland when he simply couldn’t get it together and dropped off the bunch while hopping and skipping like a real novice.

“He just needs to get his head around it,” Green said. “He’s a little unruly, a bit like Copy That used to be, but he’s quite promising.

“He was the best horse in the race last week, admittedly not racing against derby horses, but he should be hard to beat again if he does everything right.”

Green likes the fact Whiz On Bye has drawn one in the fourth ace, from where he’ll get his chance to lead out for new driver Maurice McKendry.

The chances are it will be stablemate Bet On The Tiger who comes calling for the front.

Last Friday driver Zachary Butcher used plenty of petrol to cross from the outside of the gate and lead on Bet On The Tiger.

On Wednesday he moves in to gate five, which should mean he can play for the top with far less effort, leaving him more oomph at the finish.

“I think he’s a great chance of being in the money,” Green said.

“I was really pleased with the way he went last week. He’s shown he can do it now and he’s getting better with each start.” 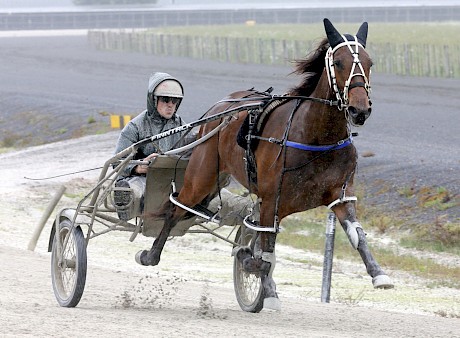 “I doubt if anything will cross her. She hasn’t had the chance to run in front before and, if she can hold it, she’s a realistic chance.

“She’s very honest and they’re not a stellar bunch.”

Louie The Punter rounds out the night for Lincoln Farms in the seventh race, hampered only by a niggly six draw.

Though only fourth in his first try round Cambridge last week, Louie had to work very hard early to reach the front.

“He paced 2:41.9 and was still trying at the finish. But he set himself up to be beaten. If he didn’t pull quite so hard he’d be a chance.”