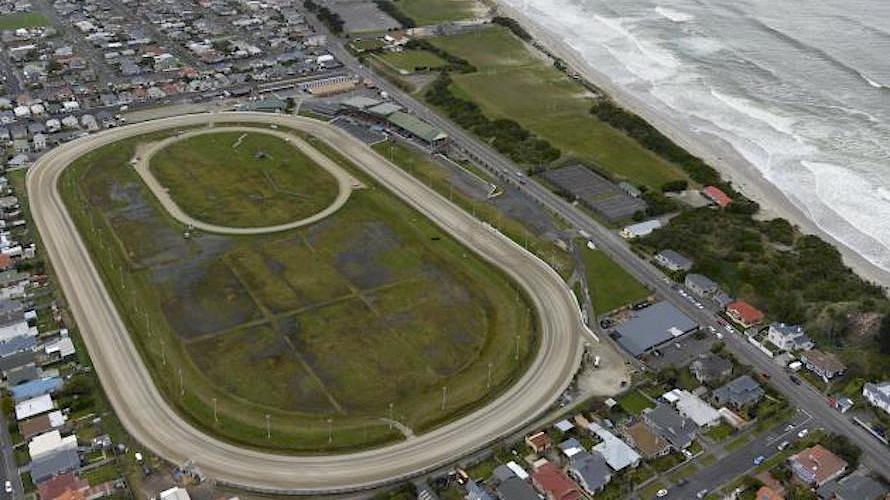 Forbury Park in Dunedin gets a surprise reprieve. The club will hold nine meetings there plus one at Wingatui in the new season.

The Racing Industry Transition Agency could have saved the industry hundreds of thousands of dollars in legal fees with its backflip on taking away all dates from the Forbury Park Trotting Club.

When the final racing calendar was released yesterday the two most surprising changes were Forbury Park getting back 10 meetings and the Avondale Jockey Club five.

Both clubs had been vocal about taking legal action against RITA if they were forced to close down and Forbury Park followed up its submissions on being able to continue racing with a legal letter.

But even though RITA went against the advice of Harness Racing New Zealand, which reaffirmed its decision not to allocate Forbury any meetings, its Dates Committee chair Edward Rennell said legal threats did not influence its decision.

“Forbury had made noise but we were not formally aware of the club’s intention to take legal action when we made the decision.

“It was purely one of consistency and supporting the clubs taking ownership of the review and development of future options in their region.’’

Just like with Avondale, rather than forcing the club to close, RITA wanted Forbury to be the architect of its own destiny.

RITA accepted a joint submission from the racing clubs at Auckland, Counties and Avondale that they be given time to work together and complete the review underway of racing in the Auckland region. This was also supported by New Zealand Thoroughbred Racing.

Rennell said Forbury also wanted to complete a similar review of options for the Dunedin region and the possibility of a multi-code training and racing development at Wingatui, supported by the Otago Racing Club.

RITA had agreed to let the reviews run, and allocate dates for 2020-21, on the condition they be completed by the end of the year.

“Where we have landed is the best outcome from an industry perspective as it ensures industry funds are applied constructively and positively with a view to the future.”

The industry’s ruling body would have been under considerable pressure to successfully defend in court Harness Racing New Zealand’s decision to axe Forbury.

When Forbury CEO Della Henderson took the club’s case to Parliament last week and met with numerous MPs, it was universally accepted there was a lack of due process and transparency with the way HRNZ had acted.

It is understood HRNZ never met with club officials and came to its decision after only two phone calls.

In a statement, acting CEO Phil Holden expressed his surprise that RITA had over-ruled its recommendations on Forbury and Timaru, which also was granted three meetings.

HRNZ was particularly concerned about the Forbury club’s very low stakes-to-funding ratio of below 70%.

“This low ratio highlights over $600,000 of industry funding that does not appear to have been passed on to owners, trainers, and drivers in stakes but absorbed into the running costs of the venue,” Holden said.

The board also pointed to the low local horse population which raised concerns about its ability to sustain the 19 race meetings requested and the age and state of the facility.

It was of the strong opinion that the club should progress its strategic plan so that a stronger, sustainable platform was created from which the club could then positively re-engage with HRNZ.

Other venues, originally slated for closure, also given a reprieve are:

* Blenheim, which will race on January 15 and 17 and Roxburgh which retains its January 4 date. Gore gets one grass track date on December 27.

* On the West Coast, Westport and Reefton will retain their meetings on March 12 and 14.

* Manawatu gets six eight-race meetings plus another four dual code mini meetings with the greyhounds while four races will be held dual code at both Otaki and Tauherenikau.