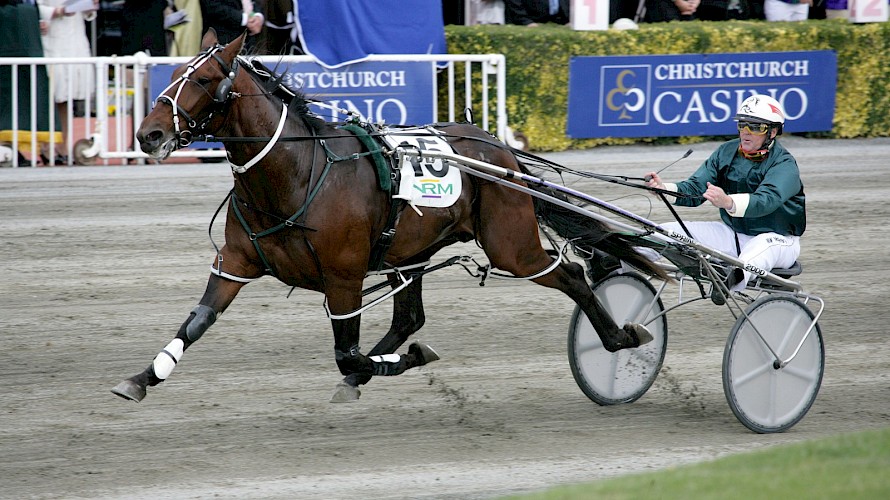 Maurice’s namesake Maurice McKendry driving Sir Lincoln in one of his greatest wins, the Sires’ Stakes Final at Addington.

Yes, Maurice is named after the Magic man and he’s tough like Sir Lincoln

Fittingly, Sir Lincoln’s latest up-and-comer Maurice is named after the man who drove the star pacer throughout his great career.

Maurice, tough winner at Westport on Friday, carries the name of top driver Maurice “The magic man” McKendry who piloted Sir Lincoln in 53 of his 57 starts.

“Maurice is a good friend of Kevin’s and his father’s name is Maurice as well.’’

Maurice the horse also shares his stature and strength with that of former Auckland Cup winner Sir Lincoln, winner of 21 races and $663,000.

“He’s already big and growing bigger all the time and he’s a tough stayer.’’

Curtin will find out just how tough on Sunday when he backs up the horse at Reefton in the Grey Valley Cup over 3200 metres.

“The way the points system is he’s meeting far nicer horses than he should have to after only five starts. The handicapping system’s not great. It suits the ones dropping back in class but not those going up.

“Everyone’s talking about it but nothing ever happens.’’ 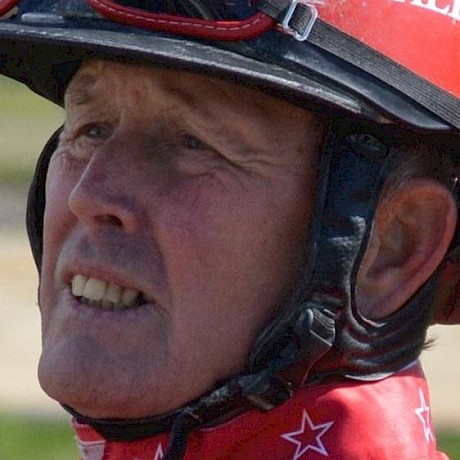 Trainer-driver Jim Curtin … Maurice has a good future.Curtin, however, hopes Maurice will recover sufficiently from his first day run to still be a factor.

On Friday, he made a sharp three wide move from the back 700 metres out, was outside the leader and favourite Just N Awe turning in, and outstayed him to score by half a neck.

“He’s got a little bit of speed too but he’s still pretty dumb and hasn’t woken up to that yet. I was worried I might have been a bit hard on him but he fought it out really well.’’

Curtin says Maurice had ability from the outset “but he was very immature and took a while to show it.

“He also has a mind of his own. When we weaned him as a foal it took two of us to hang on to him.

“If you don’t have a bit in his mouth he can take you for a ride.’’

He was shipwrecked at the start fresh-up at Banks Peninsula when locking wheels with a rival, scored well at Geraldine then did a lot of work to lead at Methven before weakening to fifth.

“He has a good future but I’ll probably give him a wee break after Sunday.’’

The McClintocks have another Sir Lincoln colt out of their six win mare Fake Rose named Mr Lincoln who has just been broken in.

“He’s quite a big horse too so he’s out in the paddock.’’